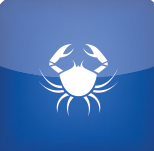 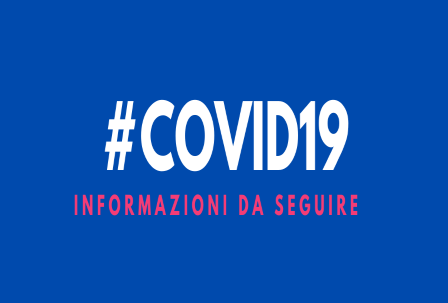 Arrival in afternoon. Check-in at your hotel and then you are free to discover the new surroundings. Dinner and overnight stay in Agrigento area.

Day 2 Valley of the Temples

This morning we visit the amazing Greek remains in the Valley of the Temples. There are nine of them in total, situated largely on a ridge looking out to sea. Visible for miles and standing proud as they do, they must have made a statement of sheer absolute power and confidence to any passing mariner or shepherd, leaving none in doubt as to who were the masters. The best of them, Concordia, similar in design to the Parthenon in Athens, is almost perfectly preserved, with just the roof missing. With its wonderful tapering columns and beautiful light golden colour it is absolutely captivating. We enjoy a guided tour of the site and a visit to the excellent museum, displaying finds from both the temples and surrounding area, including a unique collection of vases.
We also visit Agrigento itself, awash with medieval atmosphere, swimming in tiny stepped streets and quiet shady piazzas overlooking the blue Mediterranean in the distance. We return to our hotel during the afternoon to relax. Dinner and overnight stay in Agrigento area.

Today we visit the north coast of the island and during our journey we will experience some wonderful scenery.A rugged wild landscape, scorched by the sun and remarkably empty of both man and beast.   Firstly we visit the magnificent Benedictine Abbey at Monreale, founded in the 12th century. Still used today, it boasts outstanding medieval mosaics covering almost the entire interior, depicting stories from the Old Testament. From the roof you will have a superb panoramic view of Palermo below, the surrounding countryside and onwards to the sea. The cloisters are another highlight, surrounded by columns, no two of which are alike, almost Moorish in appearance. During the afternoon we visit Sicily’s capital, Palermo, which under Saracen and Norman rule became one of the most important cities in Europe, famous for the wealth of its court and as a great centre of learning. Today it has more of a 17th century appearance and during our visit we see the Norman Palace, a gorgeous former Royal residence, now the seat of the regional government, and the Cathedral dating from the 10th century. Return for dinner and overnight stay in Agrigento area.

We leave Agrigento and take the drive to the small town of Piazza Armerina, where one of the most amazing archaeological discoveries of the last century was made: a 4th century Roman villa, possibly owned by one of the joint Emperors, which explains its size and richness of decoration. Buried for centuries, you can still see the remains of pastel-coloured frescoes on the walls, but the mosaics, showing animals and hunting scenes, are simply the finest we have from Roman antiquity. This palatial building, complete with its baths, illustrates with great clarity the evident high standard of living of the Roman elite. We have a guided tour of the villa before continuing our drive to Taormina, one of the most beautiful towns on the island towering 250 metres above the sweeping coastline below. Dinner and overnight stay in  Taormia area.

Taormina is one of the smartest and most exclusive small towns in Italy. Retaining much of its medieval charm, wonderfully situated on a high balcony, facing Etna and overlooking the sea, it is renowned for its beautiful gardens and charming atmosphere. Today, its main street is lined by smart, designer boutiques and exclusive jewellers, with the tiny side streets, some of which are so narrow you can touch both sides at once, leading to intimate piazzas, lined with atmospheric family-run restaurants. As you would expect in a country so famous for its cuisine, speciality food shops are everywhere, selling fresh pasta, olives, Sicilian wine and the local Marsala. Street stalls groan under the weight of ripe Mediterranean vegetables, tomatoes, courgettes, peppers and aubergines, with flowers and window boxes everywhere, adding a splash of colour. Taormina’s greatest claim to fame is its amazing theatre, a legacy of the ancient Greeks and still in use today, wonderfully preserved with its panoramic view of Etna in the background. In the afternoon you are free to explore the town as you wish. Return for dinner and overnight stay in  Taormina.

Today we take the drive to Siracusa, once one of the richest and most beautiful cities in the ancient world, even rivalling Athens. Its most famous resident was Archimedes. Today the city is one of Sicily’s most attractive, a wonderful collection of limestone buildings, dating mainly from the 17th and 18th centuries. There is an extraordinary Baroque Cathedral incorporating an ancient temple, with a lovely interior, and just opposite is the Bosco Palace. You will be free to explore the old town at the eastern end of the city, called Ortygia, actually an island connected to the mainland by three bridges. We will have time during the day to take in a panoramic view of the archaeological park and you will have the option to take a boat trip around the bay before returning to our hotel. Return for dinner and overnight stay in  Taormia area.

Dominating eastern Sicily is Europe’s highest volcano, Etna, and this morning we take the drive to as near to the snow-capped summit as possible to admire the strange landscape of petrified lava and old craters dotted across its slopes. As we near the cable car station itself you can enjoy extensive views over the whole area. Subject to certain regulations you will have the opportunity to take the cable car. We return in Taormina to our hotel during the afternoon.

Accommodation, depending on your option, in good 4* hotels centrally located or 3* not centrally located hotels, double occupancy rooms, as described:
3 night accommodation in hotel in Agrigento on a half-board basis, drinks not included
4 night accommodation in Taormina on a half-board basis, drinks not included
Local English speaking guides in Palermo, Piazza Armerina, Agrigento, Taormina, Syracuse. Other languages are available on request.
Entrances: Concordia Temple, Benedictine Abbey in Monreale, the Norman Palace and the Cathedral in Palermo, the Roman villa in Piazza Armerina, the Cathedral in Syrause, the theatre in Taormina
Cable car on Mount Etna

Bus GT for the entire tour with arrival and departure from Palermo / Catania airport, including all expenses (check point and parking fees, board and lodging for driver)
Optional visits